A Look at the Challenges Facing Agricultural Businesses 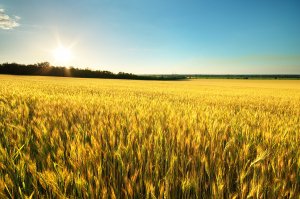 By necessity, agribusiness owners have a keen sense of the relationship between their land and their wealth. Efforts to ensure sustainability have become more important than ever, given dire predictions about water scarcity and many other factors that threaten both farmers and the global food supply as a whole. One critical step farmers can take to ensure their long-term success is to consult an agribusiness lawyer in Wichita. An agricultural lawyer with extensive experience in agribusiness law can help you navigate regulations, transactions, compliance, and many other issues, which allows you to focus on the future of your farm.

The lengthy drought affecting many states in the U.S. has become a matter of increasing concern for farmers and environmentalists alike. The term âwater crisisâ is being used with increasing frequency and recent studies have demonstrated an alarming loss of groundwater in many of the western states. Farmers in Kansas and adjacent states in particular have become concerned about the imminent depletion of the Ogallala aquifer, which is relied upon by millions in the Great Plains area. Pollution of local rivers and lakes is another common concern of Kansas farmers. Itâs advisable to consult an agricultural lawyer regarding regulations that may apply to chemical runoff.

Before pesticides became heavily used, farmers relied on sustainable techniques such as crop rotation, the use of cover crops, and other techniques that naturally replenish the soil. With the widespread use of pesticides and genetically modified seeds, farmers turned to monoculture, which refers to reliance on a solitary crop with demonstrable profitability. However, scientific studies have begun to shed light on the drawbacks of this practice and some farmers have responded by turning once again to traditional and sustainable agricultural practices .

Post-harvest loss is a major concern for farmers and consumers alike. In developed countries, post-harvest loss most often takes the form of food waste, which is perpetrated by the consumer. However, post-harvest loss also commonly occurs due to deficits in harvesting techniques, storage methods, and transportation. Not only does post-harvest loss spell trouble for the global food supply; it also significantly affects the individual farmerâs bottom line.